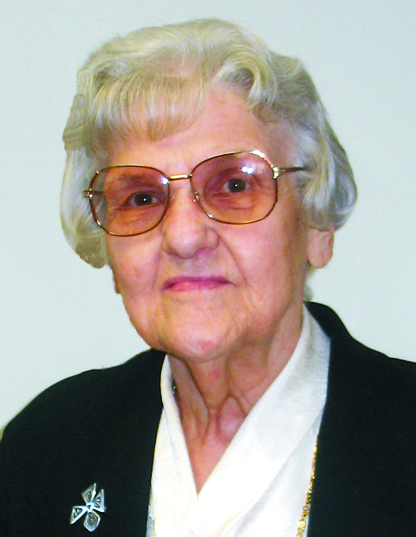 Sister Xavier Perona, 90, of St. Scholastica entered into eternal life on Thursday, February 10, 2011. Frank and Carolina Perona welcomed Josephine Catherine into their family Jan. 13, 1921. She entered St. Scholastica Convent in 1936, and on her investing day, she received the name of Sister Xavier. Sister Xavier began her training for nursing in 1940 at St. Joseph Hospital in Boonville, Mo. She worked as a nurse in Dermott, Morrilton and Clarksville in Arkansas and Booneville in Missouri. The last 18 years were spent at the veterans hospital in Fayetteville. She touched the lives of many people in her ministry to the sick.

She was preceded in death by her parents; one sister, Angelina Bersi; and two brothers, John and Louis Perona.

Sister Xavier is survived by one brother, Frank Perona of Orange, Calif.; nieces and nephews; and her religious community. 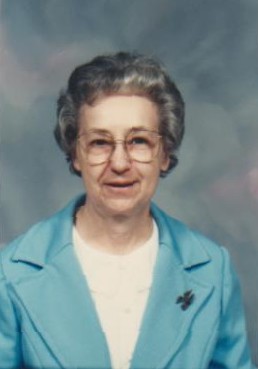 Sister Vivian Luyet, OSB, former principal of St. Boniface School and administrator of St. Joseph’s Home, North Little Rock, entered into eternal life on December 1 at the age of 93. She was born on August 23, 1918 in Conway, AR to Lee and Eugenia Moix. She entered St. Scholastica Convent in 1934 and made her monastic profession on June 24, 1937. She earned her Bachelor’s Degree in Education from Mount St. Scholastica College, Atchison, KS in 1958 and her Master’s Degree in Education at Creighton University, Omaha, Neb. in 1964. She taught at St. Winand School, McGehee; Immaculate Conception School, Moberly, Mo.; St. Meinrad School, Prairie View; St. Ignatius School, Scranton; and St. Benedict School, Subiaco. She served as principal of St. Boniface School, Fort Smith, from 1964-1993. Upon her retirement from teaching she served as administrator of St. Joseph’s Home from 1993-1997. After retiring to the monastery in 2008, she continued to help staff the monastery gift shop until a few weeks before her death.

She was preceded in death by her parents, Lee and Eugenia Moix Luyet; four sisters, Catherine Dumboski, Christine Massery, Mary Freyaldenhoven, and Monica Hamling; and eight brothers, Maurice, Emil, Leo, Paul, George, Albert, Joseph, and Eugene. She is survived by nieces and nephew and the members of her religious community. 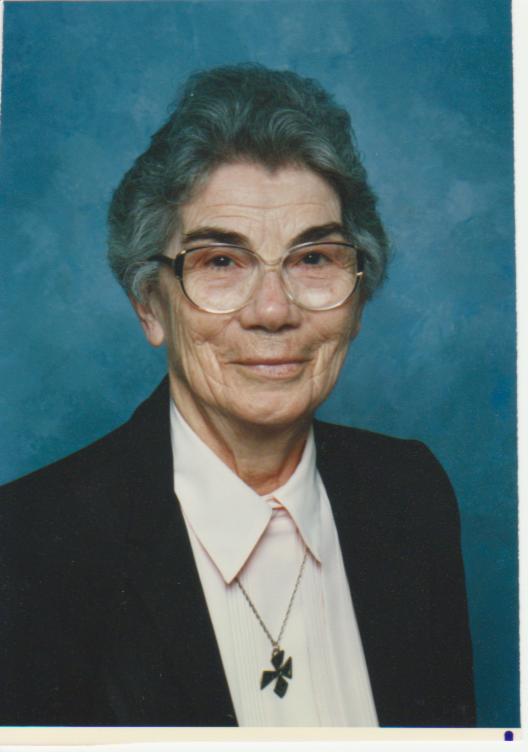 Sister Hermana Siebenmorgen, OSB, of St. Scholastica Monastery, Fort Smith, a retired teacher and principal, entered into eternal life on November 22, 2011 at the age of 94. She was born on September 6, 1917 in Morrison Bluff, AR to Anton and Anna Siebenmorgen. She entered St. Scholastica Convent in 1933 and made her monastic profession on June 24, 1936. She earned her B.S.E. in Education at Mount St. Scholastica College, Atchison, Ks. in 1961, and did graduate study in Library Science at University of Arkansas Conway and Little Rock. She taught for 57 years at Holy Redeemer School, Clarksville; St. Boniface School, Fort Smith; and St. Mary School, Lake Village. The last 34 years of her teaching career (1959-1993) were spent as teacher and principal of St. Edward School, Little Rock. She retired to the monastery in 1993 and assisted her community in many different ways.

She is preceded in death by her parents; four sisters—Ida Hunt, Helen Wewers, Louise Mikijanis, and Antonia Standley; and four brothers—Leo, Lawrence, Stever, and Edward. She is survived by one sister, Martha Vorster, Fort Smith; one brother, Fred Siebenmorgen, Fort Smith; and nieces and nephews.

Vespers for the dead were held on November 24, 2011 at 7:30 p.m. in the Monastery Chapel. The Funeral Mass was held on November 25 at 10:30 a.m. with Rev. David McKillin presiding followed by interment in the monastery cemetery.

Sister Consuella Bauer, OSB, entered into eternal life on January 3, 2011. In July, 2010, she celebrated 75 years of religious life. She was born on July 29, 1916 in Morrison Bluff, Arkansas to Marcus and Frances Bauer. She entered St. Scholastica Convent in 1931 and made her monastic profession on June 24, 1935. Sister Consuella, a teacher and school administrator, earned her B.A. in Latin, with minors in French, English, and Education at Marymount College, Salina, Kansas in 1942.

She earned her M.A. in Latin, with a minor in Greek, at Catholic University of America, Washington, DC in 1956. She taught in elementary schools in Missouri, Texas, and Arkansas from 1935-47. From 1947-68, she taught English and Latin at St. Scholastica Academy, Fort Smith, also serving as principal for the last nine years of its history. Her advocacy resulted in St. Scholastica Academy’s becoming the first desegregated high school in Arkansas, several years before Little Rock Central was desegregated. When the academy closed in 1968, she served as principal in St. Gabriel School, Kansas City for four years. She returned to teach a final year in St. Anne’s Academy, Fort Smith from 1972-73.

She moved to Little Rock in 1973, serving as Diocesan Superintendent of Schools from 1973-77 and as Diocesan Director of Religious Education from 1977-1985. She then continued to serve in religion and parish work at St. Mary Church, North Little Rock.

Sister Consuella was a gifted poet who, in her later years, enjoyed corresponding with the many students she had mentored as a high school journalism teacher. She continued her interest and advocacy for social justice after her retirement.

She is survived by one brother, Linus and his wife Veronica Bauer of Little Rock; two sisters, Pat Presley of Southport, NC, and Connie Bulmaski and her husband Joe of Little Rock; one brother-in-law, Fred Woeltje of Morrison Bluff; nieces, nephews and her religious family.

She was preceded in death by her parents; four sisters, Regina, Cecilia Krallman, Marie Woeltje, Helen Moore; and one brother, Roman Bauer.