Sister Dolorita Thompson, OSB of St. Scholastica Monastery entered into eternal life on Wednesday, May 7, 2014, at St. Scholastica Monastery in Fort Smith. She was born Beverly Ann Thompson to George and Adeline (Wortman) Thompson on January 23, 1931, in Council Bluffs, IA and grew up on a Nebraska farm. After obtaining a certificate of Practical Nursing in 1951, Sister Dolorita enlisted in the US Air Force. During the Korean War she flew to Pacific islands on medical missions to transport wounded soldiers back to American hospitals. She entered St. Scholastica convent on September 5, 1954 and became a novice on June 24, 1955, taking the name Sister Dolorita. In 1979, she went with a small group of sisters as a founding member of a dependent priory, St. Benedict’s in Canyon, TX. She returned to St. Scholastica in 1999. During her nursing career she worked with child abuse and neglect groups, in hospice work, and in home health care. After she retired she was an active volunteer at Mercy Fort Smith Hospice, receiving several Governors Awards for volunteer service. She was preceded in death by her parents.

Survivors include several aunts, cousins and her religious family. Sister Dolorita’s funeral Mass was celebrated on May 9, 2014 with Fr. David McKillin, OSB presiding.

Sister Columba Moseley, OSB, entered into eternal life on May 7, 2014 at St. Scholastica Monastery, Fort Smith. LaDelle Maugaruite was born on January 5, 1919 to Charles and Mabel (Freville) Moseley in Shreveport, La. She entered St. Gertrude’s Convent in Covington, La., in 1934, becoming a novice on January 5, 1935, and receiving the name of Sister Columba. In 1971, she transferred to St. Scholastica Monastery in Fort Smith. For a number of years, she taught mathematics in high schools and Westark College. After she retired, she volunteered in accounting at the Community Clearinghouse, Fort Smith, for many years. She was preceded in death by her parents and one brother, Father Stan Moseley, OSB, of St. Joseph Abbey in Covington. She is survived by her religious family. 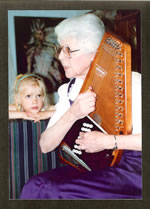 Sister Christine Eckart, age 92, entered into eternal life on July 14, 2014.The family of Joseph and Anna Adams Eckart welcomed their daughter, Mary Gertrude, into their family May 25, 1922 in Subiaco, Arkansas. She became a novice on June 24, 1935 and received the name of Sister Christine.

She was a woman of many talents. She taught elementary grades, was in charge of food services, gave music lessons, was a nurse practitioner from 1955-1972, and worked in pastoral ministry from 1983-1993.

She returned to St. Scholastica and served as house coordinator and procurator until 2008.